Barry John Sausages is a family run gourmet sausage manufacturing business from Cavan. Barry Crowe a 2nd generation artisan butcher has been creating these quality sausages since the age of 13. He started making sausages in his father’s artisan butcher shop but due to demand he now produces them in his purpose-built factory which he opened in 2013. Barry’s secret to these scrumptious gourmet sausages originates from his unique “spice recipe” he crafted from an early age. This is the award-winning traditional pork-based recipe he uses when creating all of the imaginative quirky flavours that Barry John Sausages are renowned for.
Shop for Sumptuous sizzling sausages 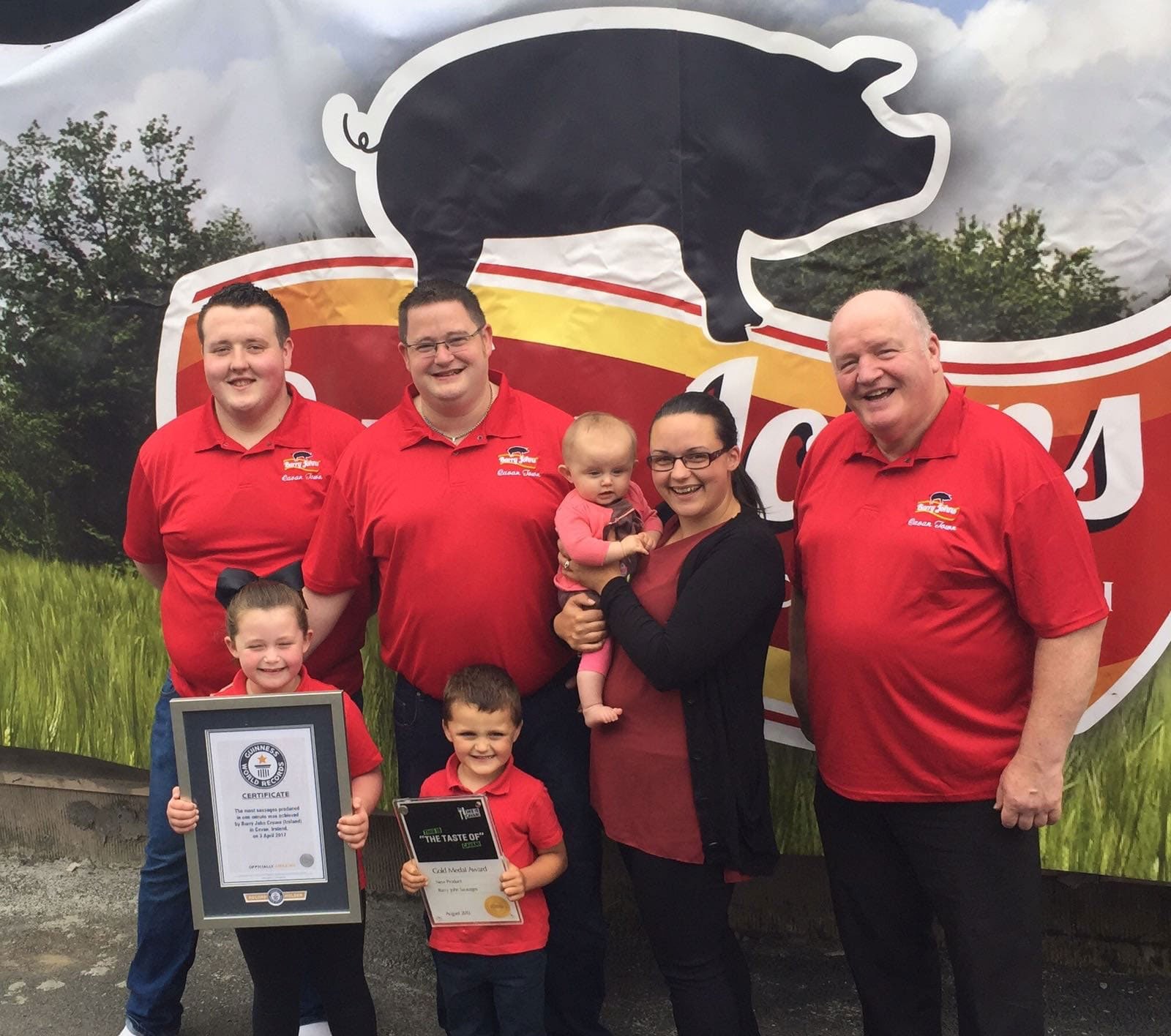 Barry John Sausages are made with 75% Irish pork meat and he uses as much locally produced ingredients as possible. Barry and his team are dedicated to producing high quality gourmet sausages, they still hand make and hand pack each of the sausages. Barry has won many awards, both European and Nationally for his crafted gourmet sausages. One of his first awards was the Associated Craft Butcher of Ireland, Supreme Champion in 2003 for his Pork & Leek combination, a coveted title by many sausage producers in Ireland at the time. This inspired him to go a step further. He saw that sausages could be so much more than just a breakfast tradition and so the renowned flavours of Barry John Sausages were born. He produces over 35 flavoursome varieties, “famous for taste, known for quality”.

Quirky sausage flavours aren’t all that Barry John Sausages are known for, in April 2017, Barry John had yet another milestone achievement to add to his folio. He won a Guinness World Record Title, live on air at RTE’S Big Week on the Farm, for producing the most hand linked sausages in 60 seconds, he produced 78 sausages breaking the existing record which was 62. Barry still holds this title. 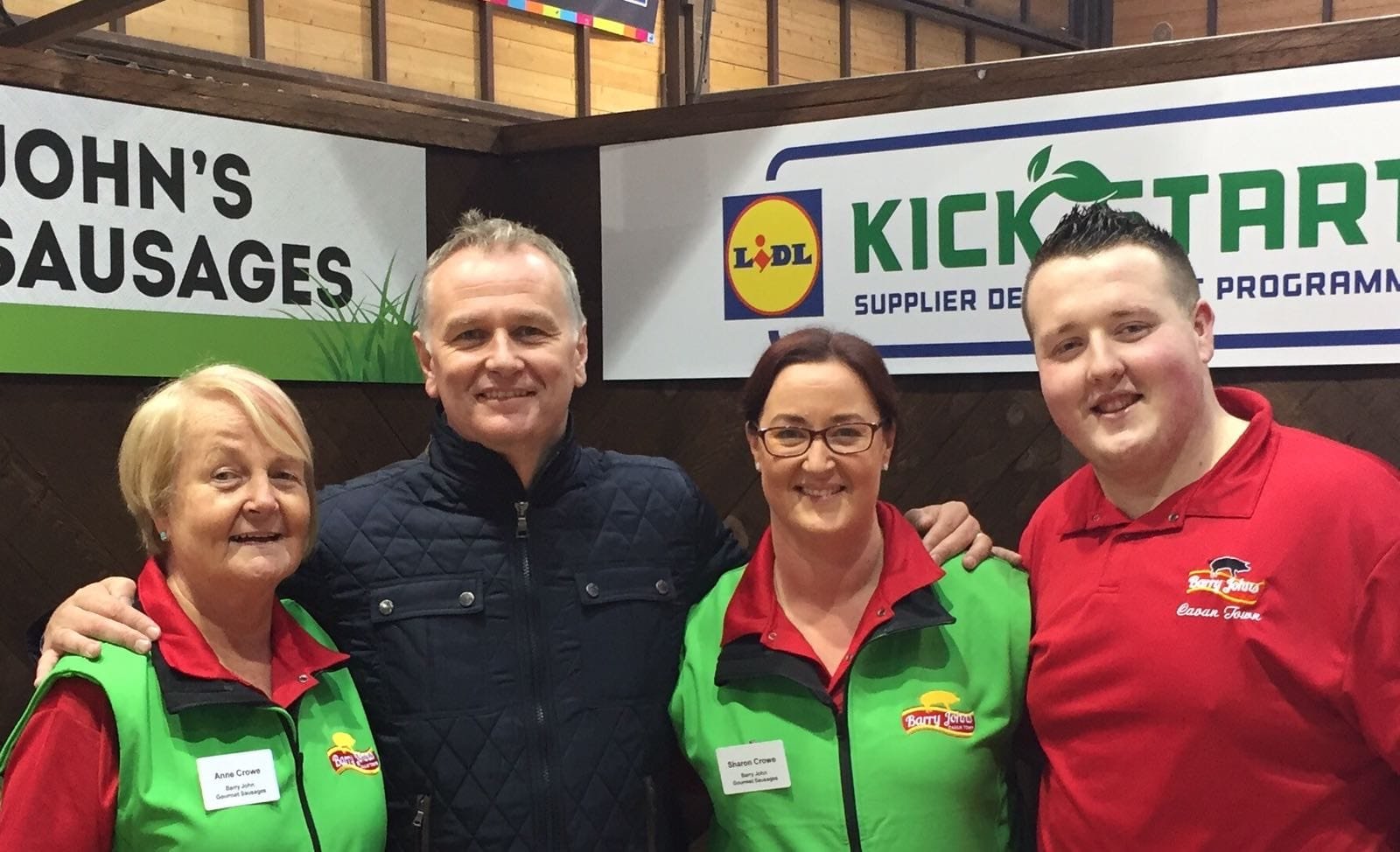 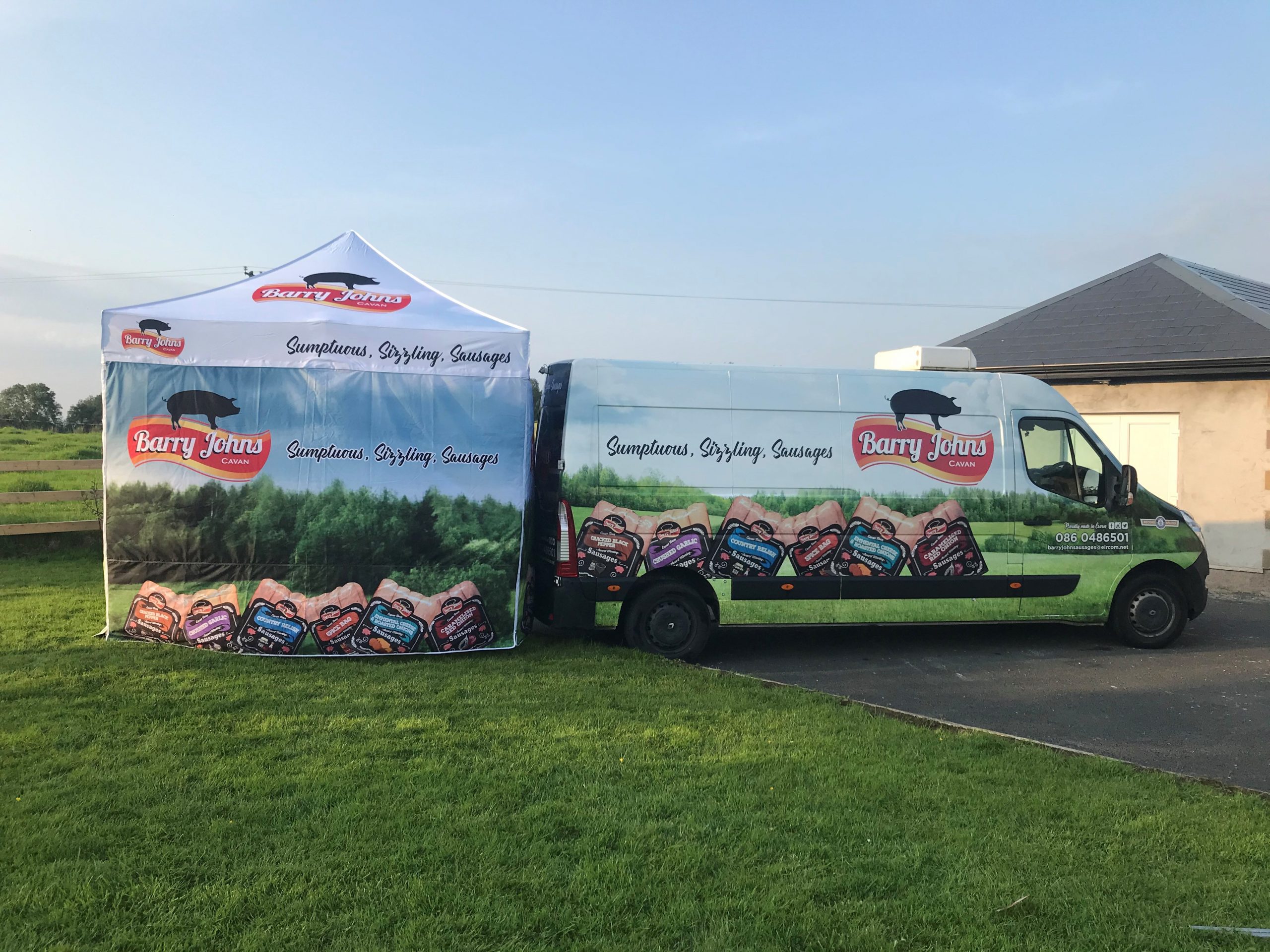 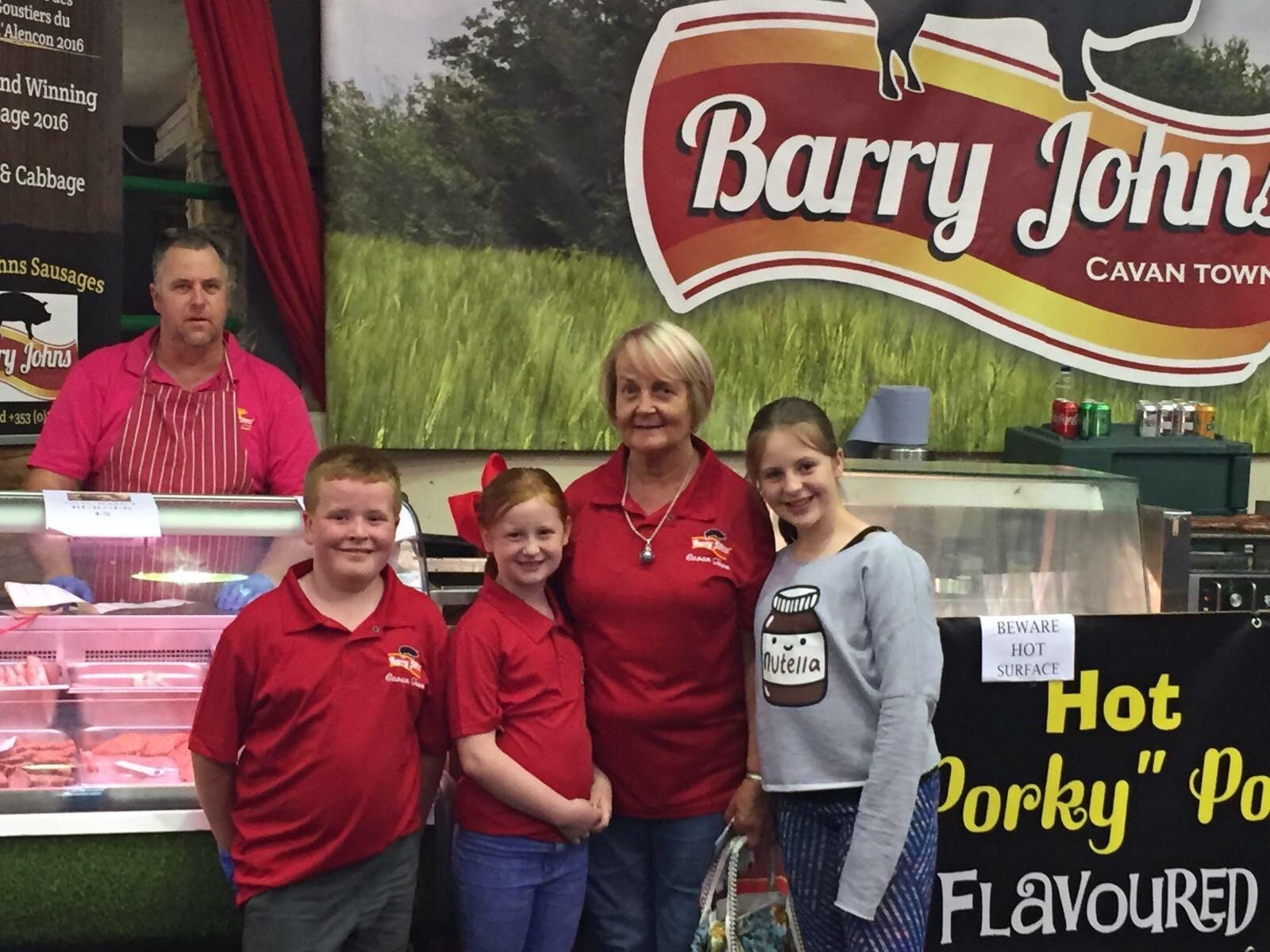 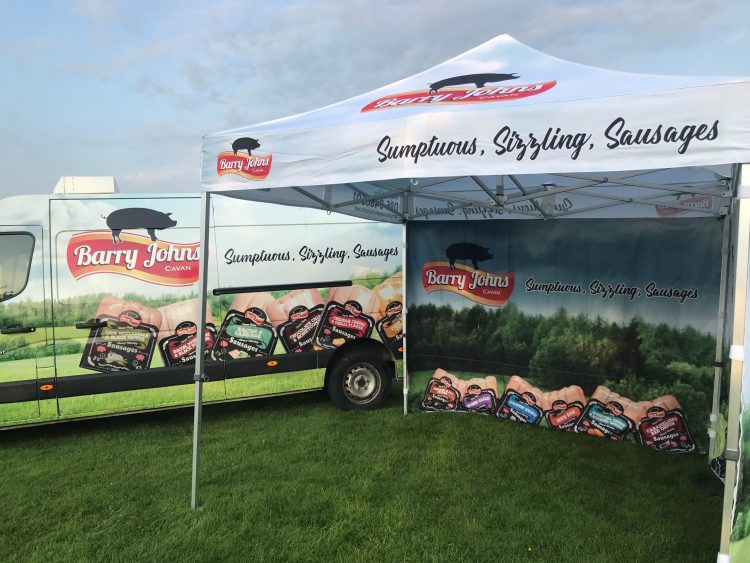 Barry John Sausages are stocked in his father’s Butcher Shop, Crowes Butchers on Main St, Cavan town. Also, in Supervalu’s, Centras & Daybreak stores in the region & other independent traditional butcher shops. Most recently Barry has been supplying Lidl stores throughout Ireland and Northern Ireland when they are running their kick start Irish producer programmes during the year.

Barry John Sausages have an excellent reputation at fairs & shows. His stand can be found at national shows such as Board Bias’ Bloom, The National Ploughing Championship, Taste of Cavan, Tate of Donegal, Savour Kilkenny and a lot of national agricultural shows & game fairs and in big events like Gifted, Ideal Home Shows in the RDS in Dublin, Love your Home in Titanic Belfast and Citywest Dublin and the BBC Good Food shows in Belfast, Glasgow & BBC Good Food Show Christmas flag ship event in Birmingham to name a few.

These sell out shows and great customer feedback have encouraged Barry to go online, so that his loyal customers can avail of Barry John Gourmet Sausages now all year round.

If you have a flavour you think Barry should try out, get in touch… “you’d never know”, you just might have the newest Barry John Sausage creation waiting to be discovered. 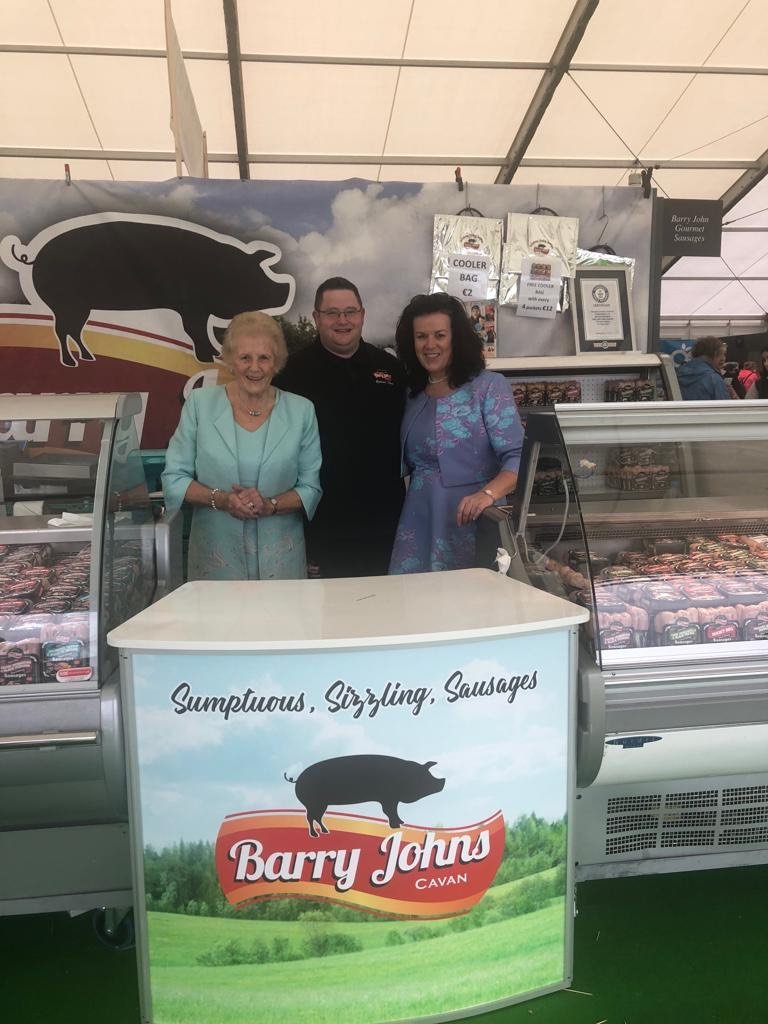 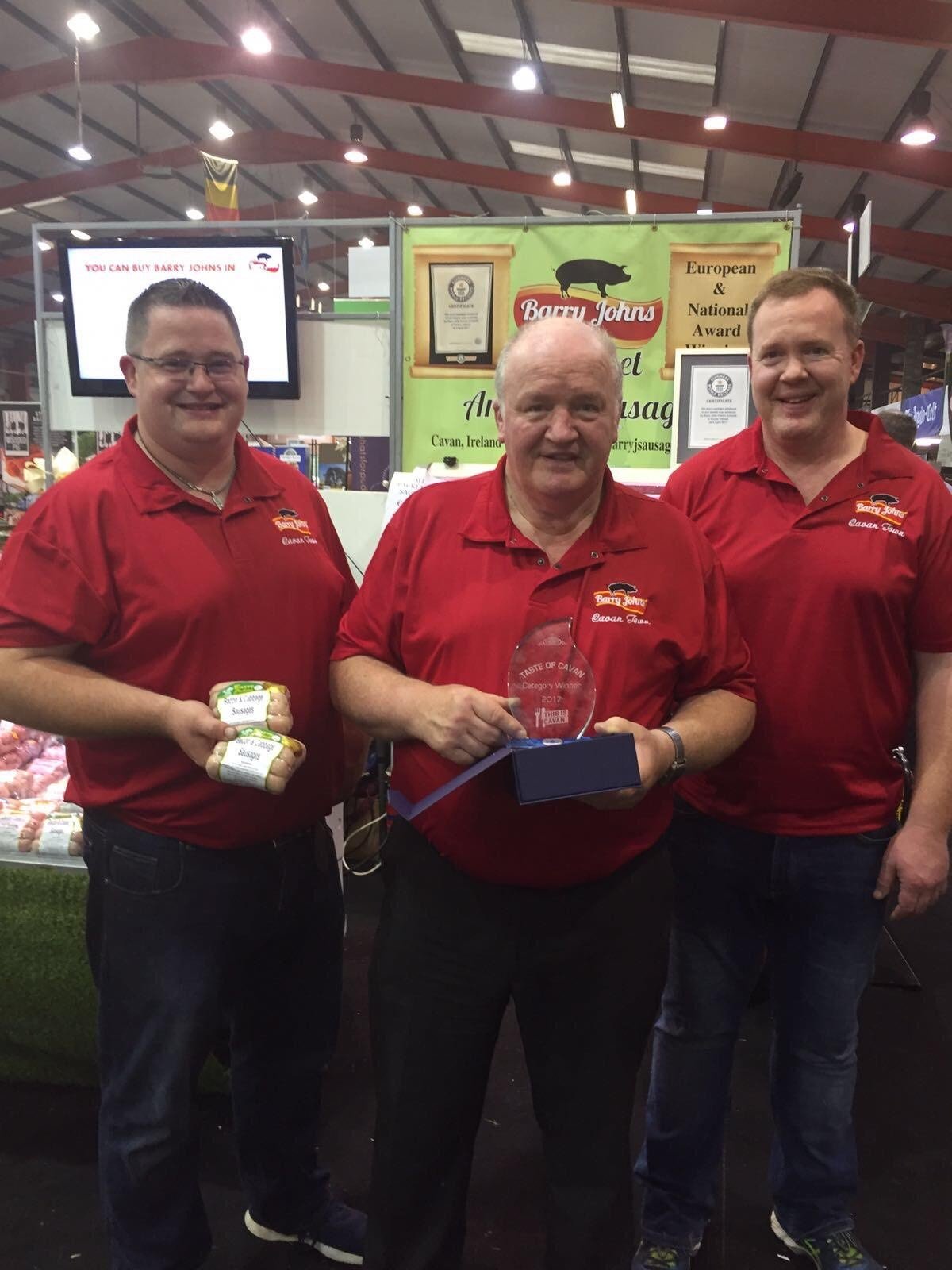 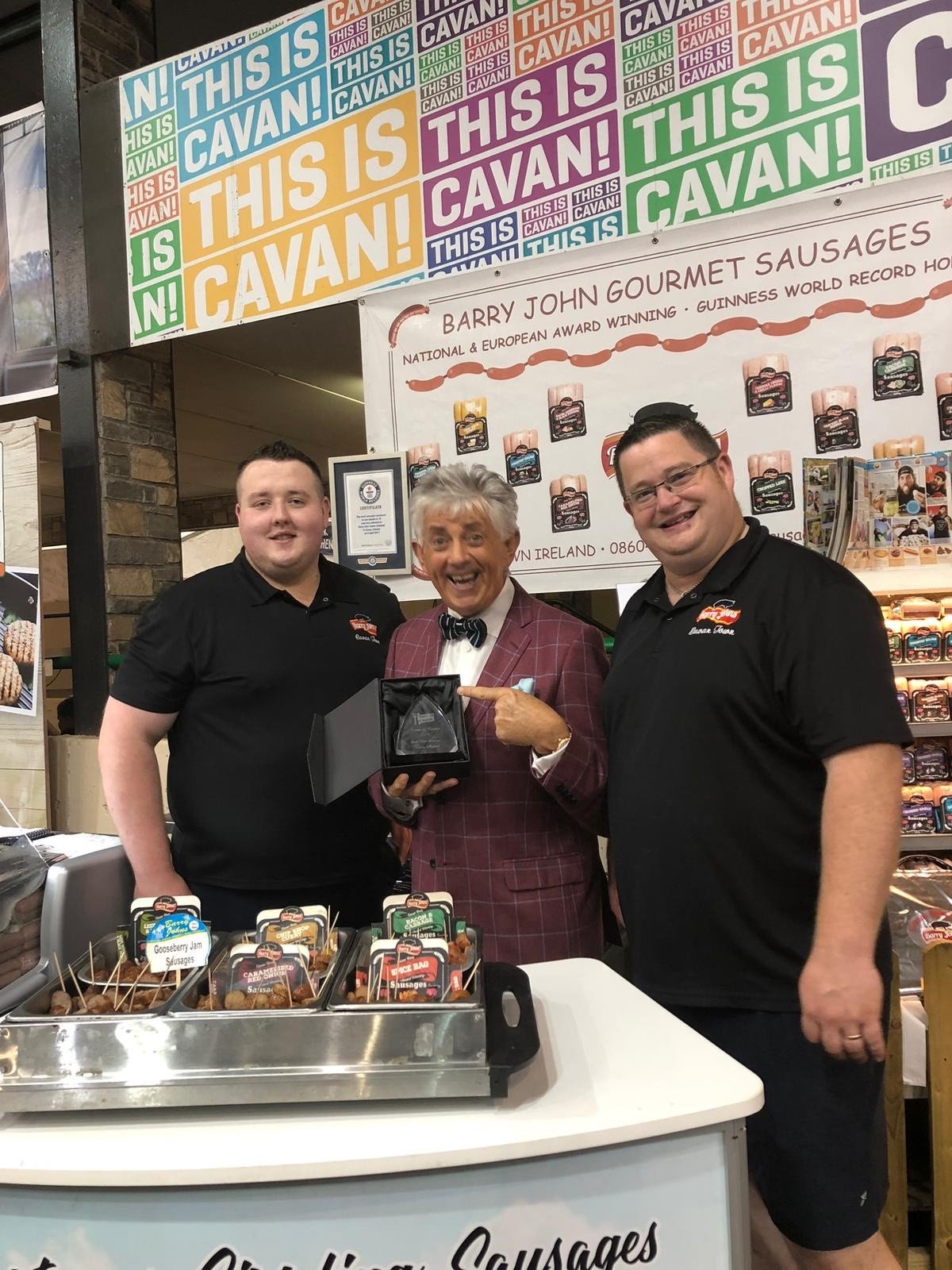 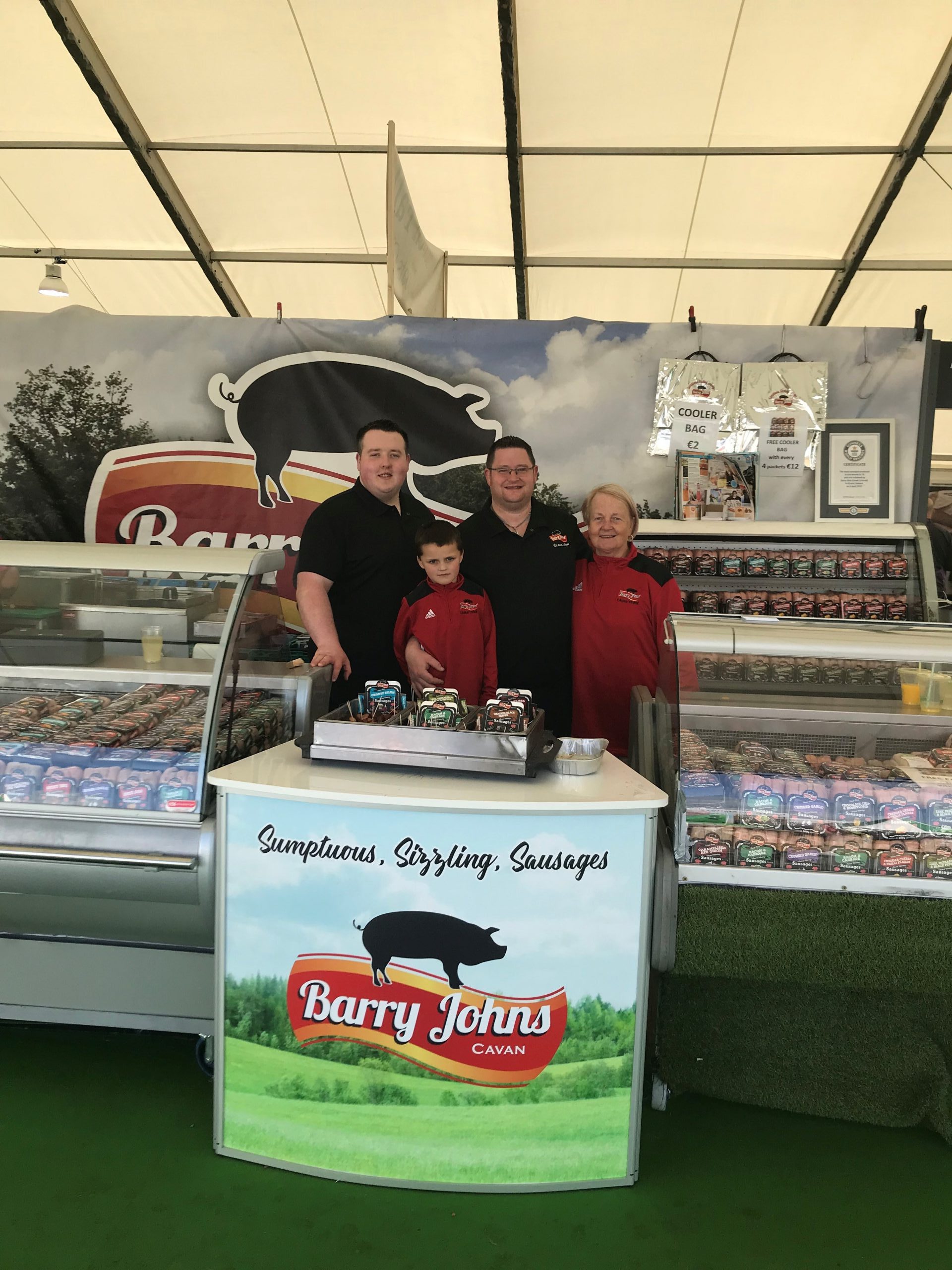 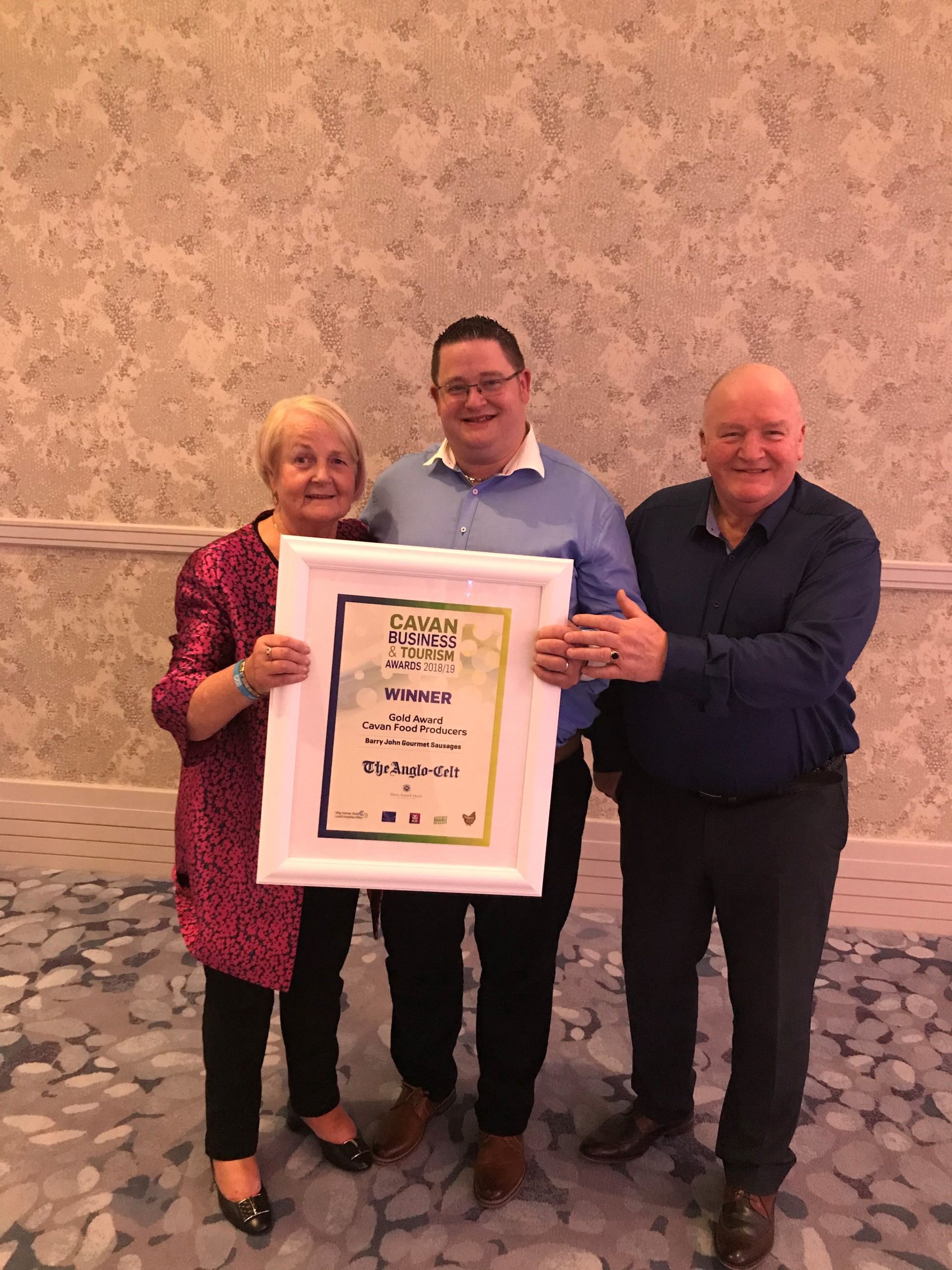 We would love to hear from you, please fill in you details and we will be back to you as soon as possible.