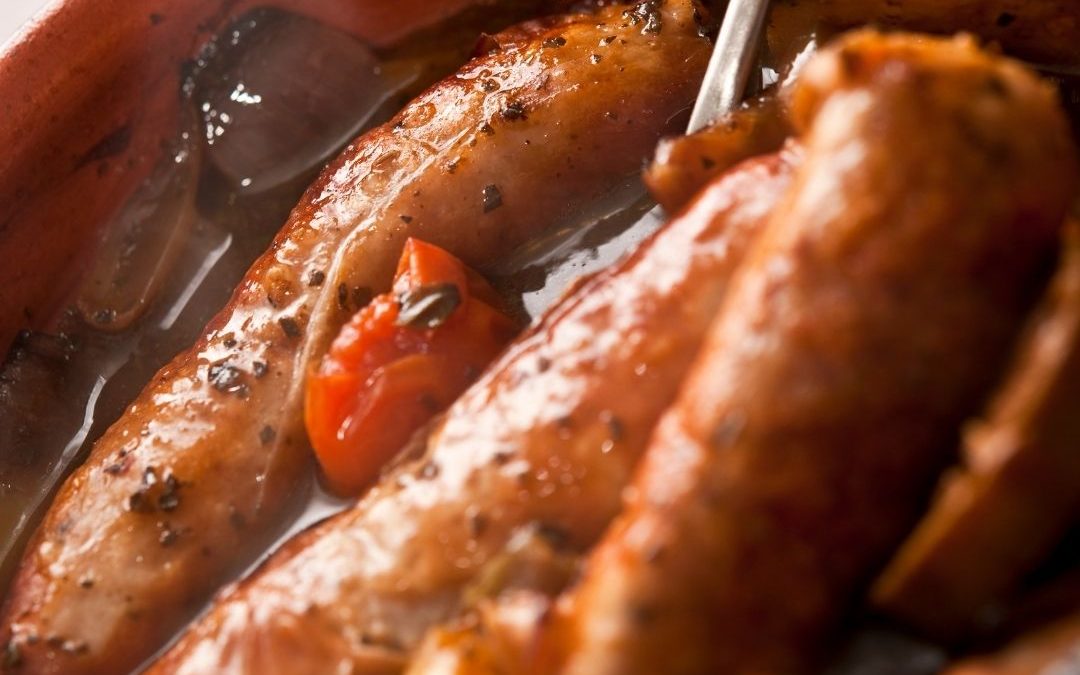 The ultimate in Irish food – who doesn’t like a slow cooker sausage casserole easy recipe for these cold winter evenings. And enjoy the added bonus of a selection of flavoured gourmet sausages in your pot from the Barry John Sausages range.

Heat up a non stick pan and add a little oil, fry up the onions & peppers, for about 3-5minutes until they are just beginning to soften. Add the carrots and stir for a few minutes. Transfer these vegetables into a slow cooker.

Next brown the halved Barry John Sausages on the frying pan until they are nice and golden. Transfer these into the slow cooker and add the diced sweet potatoes / tin of chopped tomatoes.

Next add approx 200/250ml of boiling water to the non stick pan you have used earlier to fry up the sausages and vegatables on, stir this around and add the stock cube, salt & pepper to taste. You could add sage/thyme/rosemary here if you want to add extra flavour. Transfer this into the slow cooker and turn on your slow cooker for 4hrs on high or 8hrs on slow.

When cooked, serve up your Barry John Sausage Casserole with some creamy mashed potatoes or crusty garlic baguette.